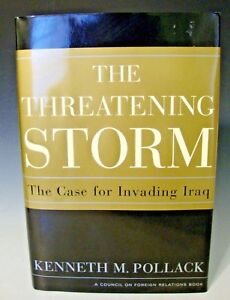 For the most part, DC's think tanks left that job to the libertarians, with predictable results.

Most Read in News

Thiessen, a Post columnist and former Bush speechwriter known for his staunch defense of waterboarding and other interrogation tactics barred by President Obama. Walker selected Thiessen to co-write his book, Unintimidated , and the two men became confidants during hours of Skype conversations each weekend. Now even putting aside one of the ex-CIA man's first assertions — his claim that the US military supports an invasion, which, according to a number of Pentagon generals, is simply untrue — Pollack's argument for war is breathtakingly amoral.

War is the right decision, it seems, not because it is morally necessary but because we will win.


War, far from being a symbol of the total failure of the human spirit which involves immense suffering and the death of innocents, has become a viable and potentially successful policy option. It would free up Washington's "foreign policy agenda", presumably allowing it to invade another country or two where American vital interests could be discovered.

An invasion would be reassuring for "moderate" Arabs presumably our still-loyal, pro-American Arab dictators while at the same time rescuing those poor American boys from their "inhospitable" barracks in Saudi Arabia. Since Pollack also advocates a sizeable US military presence in post-invasion Iraq, one can only wonder at what kind of accommodation he thinks the Americans will find amid the ruins of Mesopotamia.

And that all-important "linkage" between Iraq and the Palestinian-Israeli war will be over. This theme occurs several times in Pollack's text, and the narrative — in essence an Israeli one — is quite simple: deprived of the support of one of the Arab world's most powerful nations, the Palestinians will be further weakened in their struggle against Israeli occupation.

Pollack refers to the Palestinians' "vicious terrorist campaign" without the slightest criticism of Israel. He talks about "weekly terrorist attacks followed by Israeli responses" [sic], the standard Israeli version of the conflict. The author regards America's bias in favour of Israel as nothing more than an Arab "belief". Advocating an Arab federal system of government, Pollack approvingly quotes Israeli authors and then says, disingenuously, that "we do not know how the Arabs would react" to an Israeli retaliatory attack on Iraq.

If this is really true, we might as well close down the CIA. Erased from the pages of Pollack's deeply cynical book, of course, are any references to Israel's occupation of Palestinian land; illegal Jewish settlements; Madeleine Albright's revolting comment that the deaths of thousands of Iraqi children under sanctions might be "worth it" in the struggle against Saddam; and Donald Rumsfeld's visits to Iraq in when the Beast of Baghdad was already using weapons of mass destruction in his war against Iran.

Also missing, of course, is any reference to the scandalous infiltration of the former UN inspectorate, Unscom, by Mr Pollack's former employers, the CIA. Indeed, he even makes the false claim that Unscom was "evicted" by the Iraqis this crops up on page when in fact the inspectors, already discredited by the CIA's interference, were withdrawn by Richard Butler prior to one of President Clinton's missile bombardments.

Britain and France chose not to go to war with Germany in But is it any wonder? Stories of further attacks — on the Lincoln Tunnel and the Golden Gate bridge in the States — have been mixed with all the scare stories Britons have been fed these past few weeks: smallpox, dirty bombs, attacks on hotels and shopping malls, a chemical attack on the Tube, the poisoning of water supplies, "postcard target" attacks on Big Ben and Canary Wharf, the procurement of 5, body bags, , decontamination suits, survival classes for seven-year-old schoolchildren, new laws to quarantine Britons in the event of a biological attack please God this would involve Mr Blair's incarceration in Downing Street too — there seems no end to this government terrorism.

Do they want Osama bin Laden to win? Or is this merely part of the countdown to war on Iraq, the essential drug of fear which we all need to support Messrs Bush and Blair? For these stories provide a vital underpinning to pro-war literature. In the United States, the intellectuals' support for war in fact goes far further than Kenneth Pollack's insipid book. In the latest issue of Foreign Affairs magazine, for example, Johns Hopkins University Professor Fouad Ajami, constantly disparaging the Arab world for its backwardness, its lack of democracy, its supposed use of the Israeli-Palestinian conflict "as an alibi for yet more self-pity and rage" announces, "with sobering caution The "Rubicon has been crossed," he writes.

And — here's the line for fantasy-lovers to remember — "any fallout of war is certain to be dwarfed by the terrible consequences of America's walking right up to the edge of war and then stepping back, letting the Iraqi dictator work out the terms of another reprieve.

The logic of this is truly awesome. America has to go to war because it threatened to do so. Its threat has become the cause of war; peace would therefore be more terrible than war. But when the other side kills innocents, it is unjustified because the other side is evil. Better still for those who oppose an Iraqi war, go back to an excellent book published 11 years ago by Kenneth R Timmerman, The Death Lobby Fourth Estate , just to remind ourselves who constructed the monster of the Tigris river.

War, as I never tire of boring friends by repeating, is primarily not about victory or defeat. It is about death. And in this context, I can only quote the most moving contribution towards the anti-war campaign in Collateral Language, that of Amber Amundson whose husband Craig of the US army was killed in the Pentagon on 11 September, If you choose to respond to this incomprehensible brutality [of 11 September] by perpetuating violence against other human beings, you may not do so in the name of justice for my husband.

Our journalists will try to respond by joining the threads when they can to create a true meeting of independent Premium. The most insightful comments on all subjects will be published daily in dedicated articles. You can also choose to be emailed when someone replies to your comment.

The existing Open Comments threads will continue to exist for those who do not subscribe to Independent Premium. Due to the sheer scale of this comment community, we are not able to give each post the same level of attention, but we have preserved this area in the interests of open debate. Please continue to respect all commenters and create constructive debates.

Want to bookmark your favourite articles and stories to read or reference later? Try Independent Premium free for 1 month to access this feature. Find your bookmarks in your Independent Premium section, under my profile. Subscribe Now Subscribe Now. Increasingly, the option that makes the most sense is for the United States to launch a full-scale invasion, eradicate Saddam's weapons of mass destruction, and rebuild Iraq as a prosperous and stable society - for the good of the United States, the Iraqi people, and the entire region. 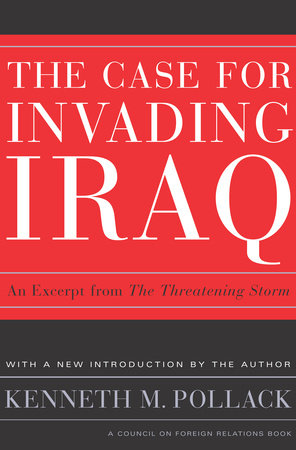 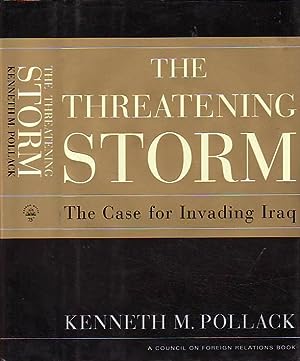 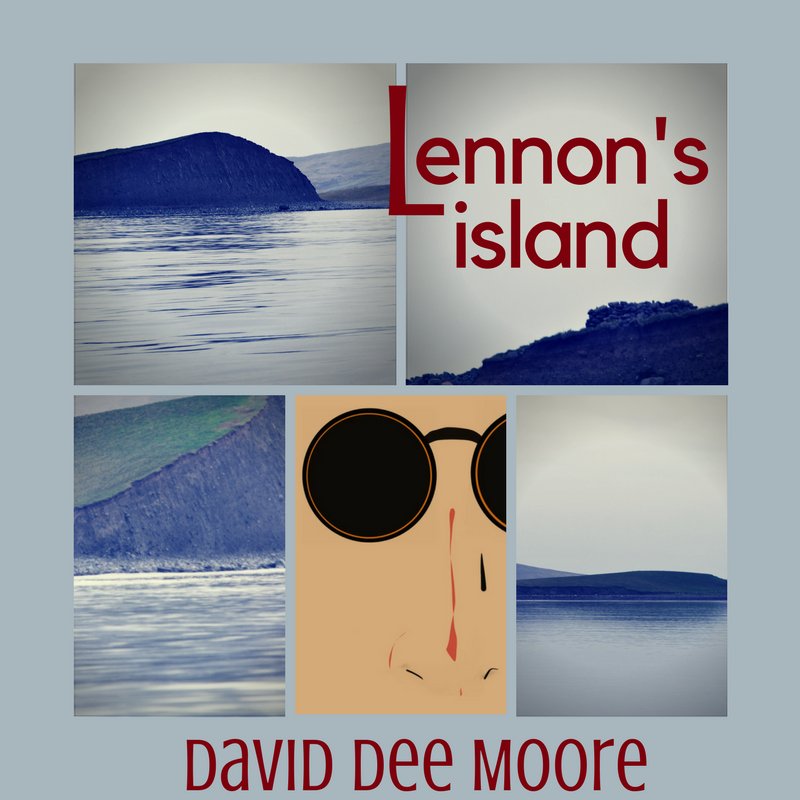 Related The Threatening Storm: The Case for Invading Iraq