Compiled by specialists in the field of Orthodoxy, this encyclopedia contains articles about all aspects of that religion. Entries, listed in alphabetical order, are mostly names of religious thinkers and biblical figures. Some geographic place names are included as well. The entries can be fairly brief with no bibliographical references, but they can give you an idea of the historical significance of the figure.

See the entry to the right on Nikolai Aleksandrovich Eleonskii. Petrograd: Strannik, This encyclopedia covers a broad range of topics, such as biblical history, church history, liturgy, canon law, and hagiography. It has a list of maps and illustrations, and contents for each volume at the back. Articles can be several pages long.

Some entries include one or two bibliographic references or tell what day a particular person is honored on. The work was never completed and ends with the word Konstantinopol. Filaret Gumilevskii , Arkhiepiskop chernigovskii. Oxford: Willem A. Meeuws, This reprint of an work gives descriptions, ranging from a paragraph to several pages, on various authors. The dictionary begins with Cyril and Methodious and continues in chronological order. Major works are sometimes mentioned in the blurb, but without a formal citation.

There is an alphabetical index to the volume.

The Concise Encyclopedia of Orthodox Christianity

The usefulness of this resource would vary depending on what author you are looking for. See this page for the entry on Cyril and Methodious. Gordienko, N. This propagandistic dictionary is actually quite useful for brief definitions of concepts in Eastern Orthodoxy.

Entries cover religious figures, secular people who wrote about religion, concepts such as the Trinity, and major journals. There are no bibliographic references. Chistiakova, A. Moskva: Rossiiskaia gosudarstvennaia biblioteka, Volume one covers church historians; volume two has theologians. Most are from the 19 th century. Each person included has a biography, writings listed alphabetically by title, including publications in journals, then works about him. The entries also include works each author translated or edited. A well organized source for researching specific people.

See this link for a page on Vlastov Georgii Konstantinovich. Butina and K. Tarasov, compilers. This bibliography is useful in that it is one of the few sources covering the whole Soviet period, although the majority of citations are from The compilers point out that many of the publications from s are reprints and therefore do not actually cover Soviet history.

The book is well organized, with a table of contents highly subdivided by subject and indexes of names and titles. It is not annotated.


Tom 2: Vera. Parizh: Sovremenniia zapiski, Volume 2, Part 1 of this multi-volume work contains essays on various topics in Russian religious history, and Part 2 has a section on religious education in Kievan Rus. The articles are very general but are followed by bibliographies in paragraph form with commentary on the cited works.

This work is notable for its coverage of the revolution and early Soviet era, as most bibliographies of the Soviet era focus on the later years. There is also a large section on old-believers and other sects. Zernov, Nikolai. Boston: G. Hall, The introduction gives a brief overview of emigre religious writing and identifies a few major themes in the literature.

Entries in this book begin with a brief biographical sketch and are followed by a bibliography of major works by the individual, which excludes pre-revolutionary publications and articles. An appendix has a few additional entries. In addition, there is a list of emigre church publications and major emigre journals and collections related to religion.

Both Yandex and Rambler have religion as one of their topics and list the most commonly-used sites on religion. Keep in mind that these sites are selected for frequency of use and not reputability. Google does not have a general link for religion, but it has one for Pravoslavie Eastern Orthodoxy. The official site of the Moscow Patriarchate has news stories, a biography of Patriarch Aleksei II, Decisions of the Holy Synod, links to web pages of various diocese within and outside Russia this does not seem to be a complete list , and a link to a calendar.

There are also English and German versions of this site. Zverinskii, V. Sankt Peterburg: [self-published], Although the organization of this guide can be confusing, it is useful for its extensive bibliographies. The volumes are divided by whether the monastery is new, restored, or closed. The first volume has numerous indexes, such as a list by year built and a list by location. The descriptions of the monasteries are in alphabetical order within each volume.

Short articles give location and founding information, followed by substantial bibliographies. Denisov, L. Moskva: Stupina, A listing of all 1, monasteries existing in the Russian Empire in For each monastery, the author notes location, founding information, architectural features, and number of residents.

Bibliographical references are included within the entries. This source is also an electronic resource. The link to the e-resource can be found here in our catalog record. Gennadi, G.

Sankt Peterburg, Tipografiia Eduarda Pratsa, This source is unusual in that it is only a bibliography; it does not contain descriptions of the monasteries. It is a brief list, but could be useful. The book contains a bibliography of books on specific monasteries, alphabetized by towns, followed by a bibliography of more general works on monasteries. Sometimes a table of contents or short annotation is included, often not. There is an index of authors and of monastery names. Ratshin, Aleksandr. Moskva: Knizhnaia Palata, This reprint of an work lists monasteries by guberniia and also includes Georgia and China.

The index by gubernia in back is more or less a table of contents, and there is also an alphabetical index by title of monastery. The section on each guberniia is divided into existing and destroyed monasteries, then churches. The entry for each monastery tells its location, when it was founded, and a brief history, ranging from 5 lines to 3 pages. There is no bibliography. Arkhiepiskop Bronnitskii Tikhon, redaktor. Moskva: Izd. Moskovskoi Patriarkhii i izd. This is a recent work similar in kind to the 19 th century encyclopedias of monasteries. The organization is a little confusing: it starts with Moscow, then Moscow Oblast, then other regions in alphabetical order.

The work covers the FSU and other European countries. Each entry includes an address, sometimes a telephone number, founding information, history, number of residents, what relics are there, and what churches associated with the monastery. Color photographs accompany many of the articles. At the end is a page historical essay, divided into pre and post Mitrokhin and S.

Moskva: Panorama, This is a biographical dictionary of bishops from all dioceses in Russia, Ukraine, Belorus, and the Baltic states. The articles are accompanied by addresses of churches, monasteries, schools, and publications of that diocese. Sources are cited for each entry. An introductory section on the Moscow Patriarchy explains the administrative structure of the Patriarchy and its divisions such as education and internal affairs. A closing essay tells about the church under Soviet rule. The following link will take you to a page on Dimitrii, bishop of Tobolskii and Tiumenskii dioceses.

Russkaia pravoslavnaia tserkov. Sviateishchii pravitelstvuiushchii sinod. This well-organized, comprehensive book lists all past and present bishops of the Russian Orthodox Church. Entries tell when the bishop was ordained, what positions he held, and when he died. The bishops are divided into current and past, with both lists arranged in chronological order.

An alphabetical list of bishops indicates where the entries on them can be found. There is also a list of dioceses, which tells when they were established and who their bishops are. This is one of the best-covered topics of Russian church history.

Before this point all writing about the old-believers was a tool for defeating them. Vurgaft, I. This would be a good introduction to the schism and complement to other bibliographies, at it explains who the writers are who are cited elsewhere. Entries are primarily people but also some places and organizations. There are no citations attached to articles. Prugavin, Aleksandr Stepanovich. Moskva: Tipografiia V. This broad bibliography on old-believers covers history, dogma, day-to-day life of old believers and various small sects. Most citations are from the late 19 th century.

Citations are alphabetical by title and include conversations with old believers, books and journal articles. Most citations are not annotated, but others list the entire table of contents. Brief descriptions explain each smaller sect. The table of contents is detailed, and there is also an index of authors. Tambov: Tipografiia Gubernskago upravleniia, volume 1. This well organized and extensive bibliography includes books, brochures, and journal articles. The compiler used Academy bibliographies, Mezhov, and journal indexes to prepare the first volume, which he then supplemented in 2 more volumes based on library catalogs.

All three volumes have the same table of contents, which includes early history, daily life, and various sects. Introductions to each volume give examples of how to read the citations. Each volume also has an index of authors. For the record in our catolog of this item, please follow this link. Sankt-Peterburg: Tipografiia M. Stasiulevicha, This work describes all Russian saints up to the time of writing. Entries are alphabetical by saint, and most include bibliographical references. The Everything Catholicism Book. Helen Keeler.

Crossing the Threshold of Hope. Pope John Paul II. An Introduction to Catholicism. Lawrence S. Historical Theology. Alister E. The A to Z of the Orthodox Church. Michael Prokurat. A Brief History of Christian Worship. James F White. Know the Heretics. Heralds of the Second Coming. Stephen Walford. A Short Introduction to the History of Christianity. 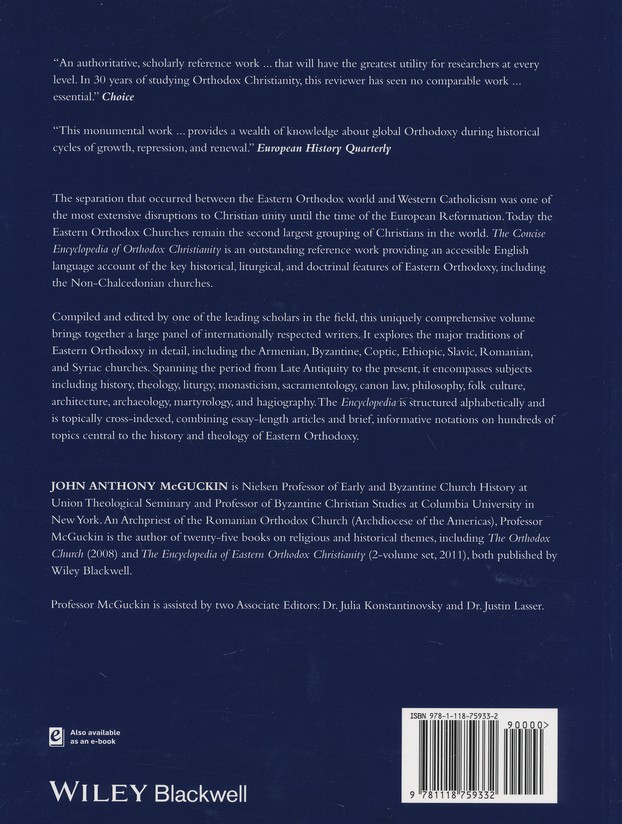 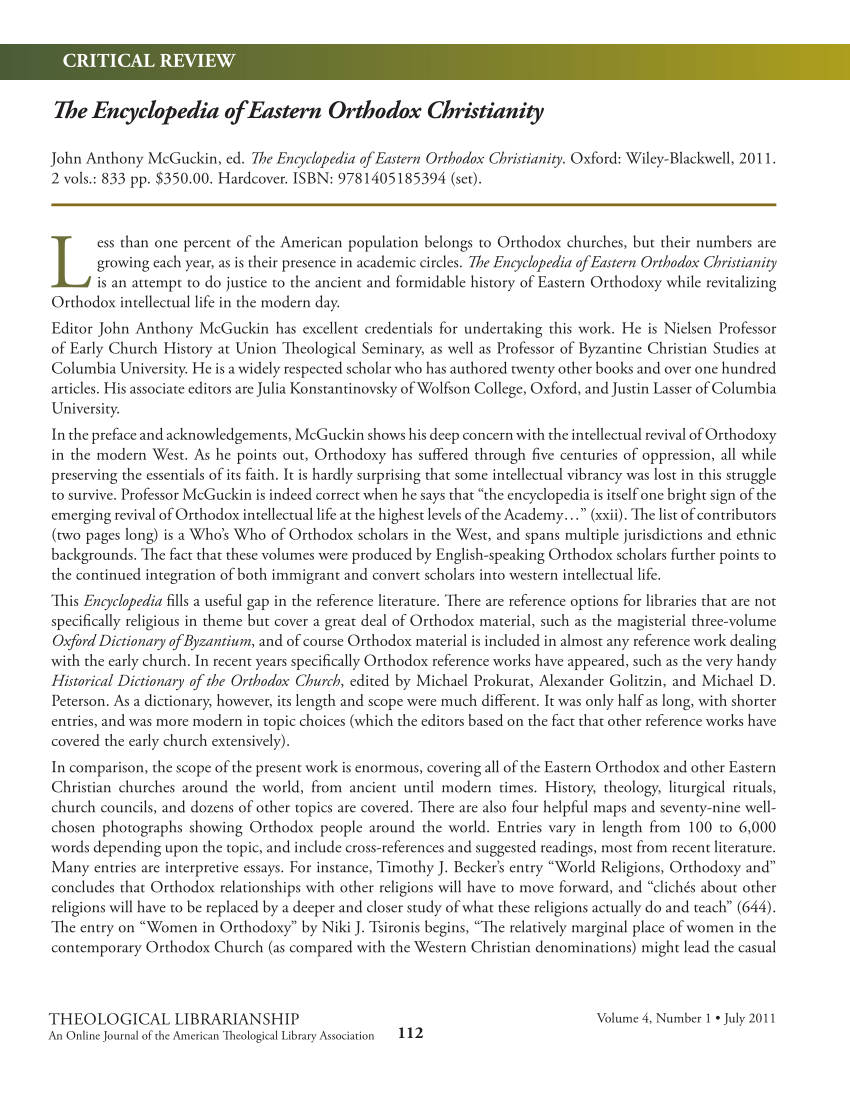 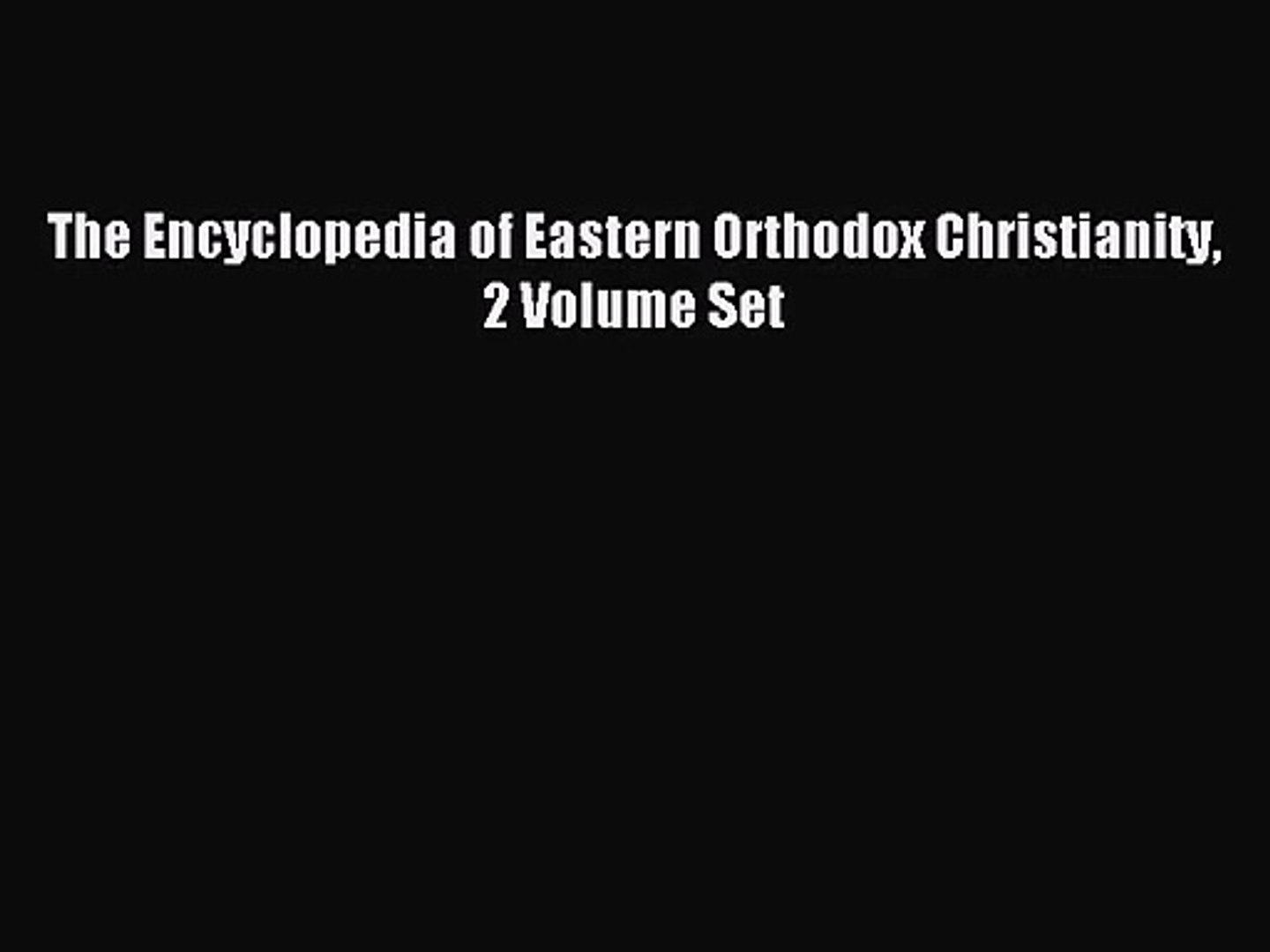