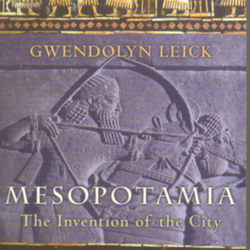 Top 11 Inventions and Discoveries of Mesopotamia

Whitefish, MT: Kessinger. Mumford, L. The city in history: Its origins, its transformations, and its prospects. Neufeld, E. The Hittite laws. London: Luzac. Roth, M. Mesopotamian legal traditions and the laws of Hammurabi. For each city, she describes both the modern history of excavations and research, and what we know or believe about the culture and history of each ancient community. Some readers might prefer a book that gave greater place to the overall sweep of ancient Mesopotamian history, but one virtue of Leick's approach is that you get to meet each city on its own terms - and in fact, those terms are not parallel, trying to cram all ten cities into one scheme could create a misleading mess.

For example, Leick's first city, Eridu, seems to have been a shrine from early on, and offers Leick a chance to describe early Mesopotamian cosmology. The fourth city, Akkad, doesn't have a confirmed location yet, so that discussion is based almost entirely on written references. Chapters 8 and 9 on Ashur and Ninevah focus hundreds of years later, miles upstream, and with a very different cultural context.

The structure also means it will be easy to return to this book to reread about particular cities as I run across other treatments of them. Another one for the 'great topic, awful book' category. I could have given it two stars, but I'm tired of giving out stars for effort and intention. I wrote an undergrad thesis on Epicurus, so I'm used to making a lot of interpretation out of a very little evidence.

I was very proud when I handed in my first full draft; my supervisor, a world-renowned expert on that stuff, told me I'd convinced him, and my heart nearly exploded. Then he told me that I had to re-write the whole thing, because it was totally unreadable. A rough couple of weeks there, but my thesis was much the better for it and still pretty much unreadable, to be honest.

When Leick handed in her first draft, her editors were obviously on coffee break, and decided to just let her get on with it. Among the pearls of wisdom she hands over to us about previous researchers, the one most characteristic of her prose style is the claim that "In his [Hans Nissen's] accounts he stresses the environmental importance for culture formation. It modifies the word 'importance,' which is a noun that really should be followed by 'of'. She means, I know, 'the importance of the environment'; what she wrote, unfortunately, means 'the environmental importance for culture formation presumably the formation of human culture [of something unnamed].

As if that wasn't distracting enough, the most common words in this book are 'may,' 'perhaps' and, confusingly, 'must. Style, of course, isn't the sort of thing for which academics are renowned, but we're usually okay with structure and organization, because we can just copy whatever the last person did.

Leick decided to get original with it. The book is 'structured' thus: ten chapters, one ancient city per chapter. Each chapter is 'organized' thus: over-long discussion of the archaeologists who dug up the old cities; incredibly brief history; random thoughts suggested I can only assume by whatever it was Leick had for breakfast.

She's an anthropologist, and seems to have left her theoretical brain in the fifties: she deals with each city more or less synchronically, i. Given that almost everyone is unfamiliar with almost all of the cities she's describing, that means you're faced with a barrage of undigested factoids, occasionally anchored by a name you might remember from Sunday School Nebuchadrezzar!

Because she's too hip or disciplinarily bound to actually narrate history, you'll have no way of linking the chapters together, and will become increasingly frustrated as she refers to historical events without explaining them. Now, if you're unfamiliar with human civilization, you will learn a few things.

For instance, people have religions, commercial concerns, they eat food, we live with political structures, and we have a very bad habit of trying to kill each other. You might think that it would be helpful to organize a book around these themes, but not for Leick, who prefers to bring up ancient religions at the end of each chapter, often by summarizing the plot of some epic or hymn. In chapter after chapter, plot will be summarized.

This is odd, since she's so bad at reflecting on her own ideological biases.

Eridu and the First Cities of Ancient Sumer and Mesopotamia

A rough guide to her interpretation of evidence is: the less we know about a place, the more likely it is that the place in question was radically democratic, individualistic, anti-hierarchical etc Apparently men and women in the B. Free love! Girl Power!

This is actually less fatuous than my favorite paragraph, however: "The ziggurats in the context of the southern city were as urban in their connotation as the downtown high-rise skyline is in our age. In our capitalist world, skyscrapers accommodate corporate business and symbolize dynamic enterprise, with straight sides and almost invisible taper emphasizing essentially democratic values. In Mesopotamia, the ziggurats suggest eternal values and a hierarchical social order Skyscrapers only became possible after the invention of electric lifts! The ziggurat was functional, too.

And why bother writing that sentence at all? She doesn't go on to explain the material conditions for the construction of ziggurats e. She doesn't describe the functionality of skyscrapers. You could do that kind of analysis on the whole book. Nice pictures but. Rant over. Here at Walmart. 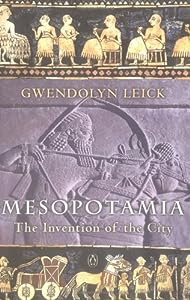 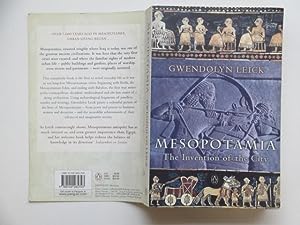 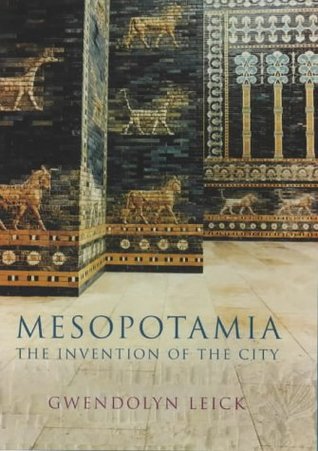 Related Mesopotamia: The Invention of the City